BSP Consulting makes a splash in its 20th anniversary year 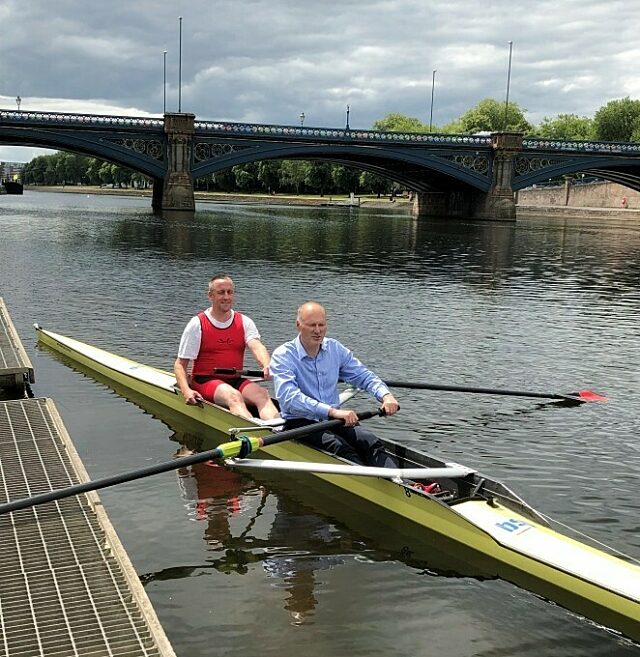 The Nottingham-based business has made the donation as part of the firm’s 20th anniversary celebrations.

The boat – named BSP Structural Support – is currently mainly being used by two junior rowers who are in trials for the Great Britain Rowing Team.

BSP Consulting business development director Jef Todd said: “As a Nottingham-based company, we are delighted to support a local rowing club and help nurture young talent in this exciting sport. We wish all the best for everyone who uses BSP Structural Support and hope that it brings success for the two young GB hopefuls.”

Nottingham and Union Rowing Club, based at Trentside on the banks of the River Trent near Trent Bridge in Nottingham, was established in 1862.

The boat sponsored and named by BSP Consulting is an Empacher – a German make of boat favoured by many international crews – which is used for doubles sculling.

Club captain Trevor Rainbow said: “We are very grateful to BSP Consulting for the company’s generous donation to Nottingham and Union Rowing Club. It is always very welcome to receive support from local businesses and organisations.

“BSP Structural Support will be a regular sight during training practices on the River Trent and at events and competitions around the country.”

BSP Consulting, based at Oxford Street, Nottingham, and with branches in Derby, Leicester and Sheffield, was founded in 1999 and is this year marking its 20th anniversary.

It is one of the largest independent civil and structural engineering firms in the East Midlands, providing a comprehensive range of consultancy services in civil, structural, geotechnical, transportation and environmental engineering to all sectors of the construction community, from architects, project managers and contractors to developers and estate agents.