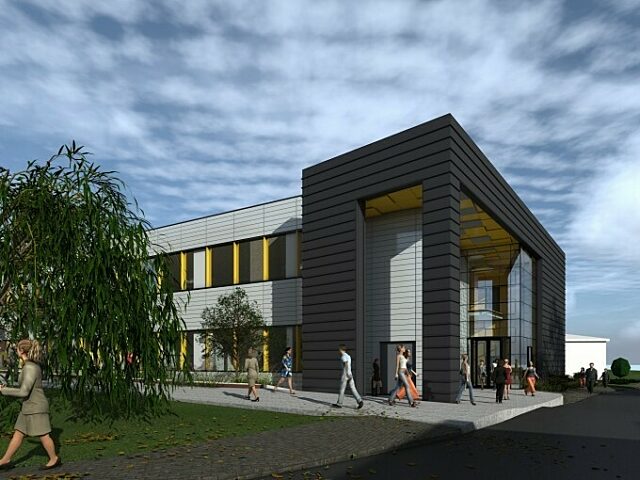 The two-storey development, in the heart of the Clifton Campus, will feature a range of engineering, teaching and research spaces, together with a large design suite, IT suite, offices and amenity facilities – and has been designed to be in the top 10% of sustainable buildings in the UK, when it comes to energy efficiency.

The contract is the latest appointment for Henry Brothers at an East Midlands university and follows the completion last year of the £12.5m STEMLab project at Loughborough University, which recently won the Design Through Innovation Award at the regional RICS Awards.

It is the company’s first major Nottingham contract and cements Henry Brothers’ position as a key player in the city’s construction sector.

Ian Taylor, Managing Director of Henry Brothers Midlands, said: “As a company, Henry Brothers has significant experience of partnering with universities to create inspiring buildings. Following the award-winning STEMLab project at Loughborough University, our team is currently on site with the same client delivering the £30m refurbishment of a 1960s building which houses science labs and teaching spaces.

“We are delighted to now be working with another major university in the East Midlands, Nottingham Trent University. The prestigious new engineering building at NTU will enhance the already excellent facilities at the Clifton Campus, and we are very pleased to be part of the team delivering it.”

Work on the engineering facility, which will also include the creation of a new ‘Institute of Industrial Digitalisation, Robotics and Automation’ is due to get under way in early June, with completion expected in time for the start of the 2019/2020 academic year.

A strong Nottingham-based team has been appointed for the design and build contract and, along with Henry Brothers, includes project manager Edge, quantity surveyor Gleeds, architect Maber and civil and structural engineer Curtins.

Henry Brothers is recognised as a leading construction company with a turnover in excess of £80m per annum and more than 200 direct employees. The business works across the UK, with offices in England, Scotland and Northern Ireland. The Midlands office was set up in January 2015 and from its Nottingham base, the team delivers projects from £2m to £30m in value and has a turnover approaching £40m.

The firm’s contract at NTU is the latest investment by the university at the Clifton Campus, and will provide an energy efficient facility with an EPC A rating and a BREEAM excellent accreditation. Only the top 10% of new non-domestic buildings are built to a BREEAM excellent rating, with the accreditation being regarded as ‘best practice’.

Nottingham Trent University is one of the most environmentally-friendly universities.

“We want to create inspirational, state-of-the-art facilities that inspire staff and students and demonstrate our commitment to being a major player in the STEM education of engineers,” said Professor Mary O’Neill, the Dean of Nottingham Trent University’s School of Science and Technology.

She said: “This development will facilitate a culture of innovation and excellence to support project-based, industry-focused learning and highly-rated research.

“It will enable us to be at the heart of developments in the emerging ‘Industry 4.0’ agenda in terms of education and skills training, as well as knowledge transfer and knowledge development and research.

“The anticipated skills shortages represent a serious concern for major industries, and we want to play a lead role in training current and future workers with the digitalisation skills required for this arena, which is being called the next industrial revolution.”

The development at the Clifton Campus comes after the university launched a new Department of Engineering and a range of innovative engineering courses designed in conjunction with major industry employers and experts.

Henry Brothers Midlands, based at Priory Court, Derby Road, Beeston, is part of The Henry Group, which comprises a number of manufacturing and construction sector companies, ranging from external construction through to interiors fit-out. In partnership with clients, it has a proven track record in education, defence, accommodation, commercial, industrial, transport and healthcare sectors.