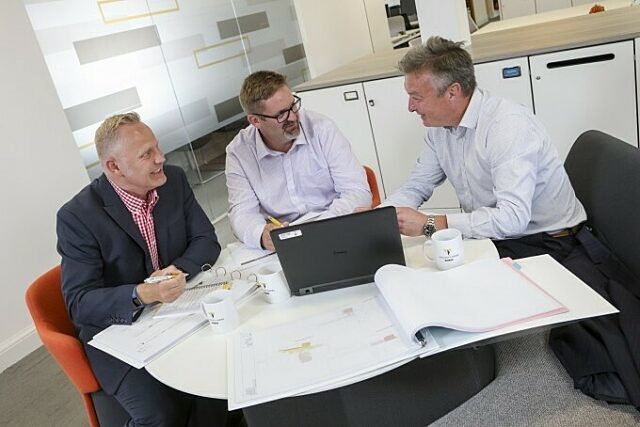 Willmott Dixon has been supporting ProCon, the construction and property network, for a number of years, involving its wider team with ProCon’s work across Leicestershire and, more recently, Nottinghamshire.

Three of Willmott Dixon’s team are active on ProCon’s boards with Nick Heath sitting on their Leicestershire board and Nick Preedy sitting on Leicestershire’s Emerging Talent Board. Alongside this, Stephen Corbett has played a pivotal role in the launch of ProCon Nottinghamshire earlier this year and sits on the group’s board.

Both internally and externally, Willmott Dixon promotes expertise and encourages the sharing of knowledge, best practice and innovation, making its ongoing support of ProCon align well with the organisation’s own aims.

ProCon Leicestershire is run by a steering committee of board members who offer their experience and expertise in developing the organisation. Nick Heath, who has been involved with ProCon since 2005, said: “I first became involved with ProCon as a member, attending events to meet and share knowledge with other professionals in the construction industry who I may otherwise not come across, such as experts in finance or law.

“Seven years later I was invited to join ProCon Leicestershire’s board and have been heavily involved ever since in delivering and sponsoring its events. Willmott Dixon has been incredibly supportive of ProCon and I firmly believe this is a reflection of its unique approach to sharing knowledge and collaborating with others in the construction industry.

“ProCon delivers high-quality events throughout the year to showcase the diverse developments and schemes being delivered across Leicestershire. As a judge of the ProCon Awards, I’m always blown away by the phenomenal impact that the region’s built environment projects are having on the customers, end-users and local communities. I’m really pleased to be involved in ProCon and to sit on a board alongside experts from other disciplines. This diversity is integral, as it enables us to create multi-faceted events that are of interest to our members.”

Nick Preedy is also involved as a member of the ProCon Emerging Talent Board. He said: “ProCon Emerging Talent was launched last year and is a great offshoot of ProCon, as it has taken the quality elements of the organisation and helped make networking less intimating for younger professionals working in the construction sector.

“We have seen so many new members enjoy our events. It’s enabled people to develop the confidence they need to walk into a room and start building relationships – it’s important for young professionals to recognise that someone they meet now may become a director of a leading firm in ten years! It’s really rewarding to see young people from Willmott Dixon and other organisations enjoy our events and I look forward to continuing to build on the successes we have already had in the future.”

Inspired by the success of ProCon Leicestershire, ProCon Nottinghamshire was born. Stephen Corbett of Willmott Dixon is on the new group’s board. He said: “As Willmott Dixon has evolved, I have moved from being involved exclusively in residential projects to working on a broad range of sectors and being involved in wider thought leadership discussions. As part of this, I picked up the ProCon mantle and was invited to become a member of the board three months ago.

“It’s a really great time for us to be involved with ProCon as it grows and refines the events it hosts. This year we have already hosted two thought leadership events: one as Trent Bridge and the other at Nottingham Trent University. Both of these offered unique commentary on some truly remarkable local projects, offering a different slant on construction locally. Because of this I am really pleased to be part of ProCon in Nottinghamshire.”