ARUP TEAM GROWS BY A THIRD TO MANAGE DEMAND FOR SERVICES 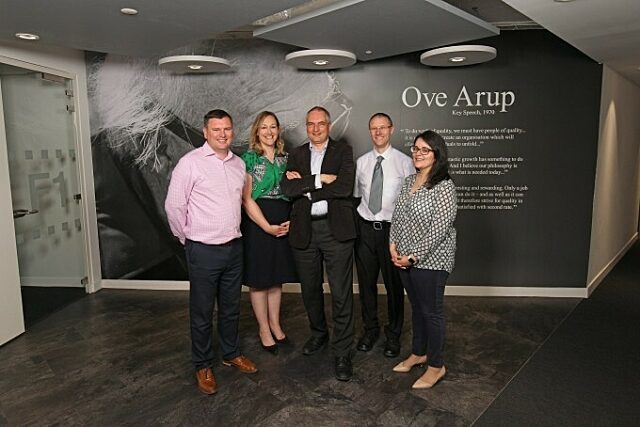 ARUP, the leading engineering and design consultancy, has expanded its office space in Nottingham by 30% to make room for a rapidly growing team working on a number of new projects across the city and beyond.

Arup has extended its space in City Gate West to nearly 12,000 sq ft to accommodate its growing team that will total more than 90 staff from September. It had already doubled the number of employees at its Nottingham office in the last three years.

Arup first set up its Nottingham office in 1986 and three years ago, moved to City Gate West in Tollhouse Hill from the Frontage in Queen Street in the city.

John Read, Arup’s interim Nottingham office leader, said: “Due to new contract wins and a growth in the number and type of projects we are working on, we have needed to expand our space in Nottingham in order to add another 30 desks.

“We have been investing in new skills, including town planning, digital consultancy and risk management services, to strengthen our offering locally.

“It is essential that we have the space to accommodate this growth and City Gate West has provided us with a flexible office space solution in a city centre location. We’re delighted to continue to call Nottingham our home.”

Over the last 30 years, Arup has been involved in the design of many key developments in the city and region. One of its first projects in Nottingham was the award-winning 2,500 seat Theatre Royal and Concert Hall.

The Arup team in Nottingham is made up of engineers, designers and consultants who are working on current projects local including building engineering design services on the Cripps Health Centre at the University of Nottingham.

The team has also been appointed to project manage the Defence National Rehabilitation Centre at Stanford Hall Estate on the Notts border and to implement the intelligent transport system (ITS) on the new stretch of smart motorway on the M1.

Arup is committed to training and skills and has 12 apprentices and technical trainees at the Nottingham office, along with 15 graduates.

The Nottingham-based team has a number of specialist subject areas including conservation engineering, pavement engineering and ground contamination. These skills have been critical to success delivery of important infrastructure projects, such as Dublin’s Airport’s Terminal 2 building. The team is also supporting on High Speed 2 and work to Toronto Airport in Canada.

Elsewhere in the East Midlands, Arup is providing building engineering design for Waterside Campus at the University of Northampton.