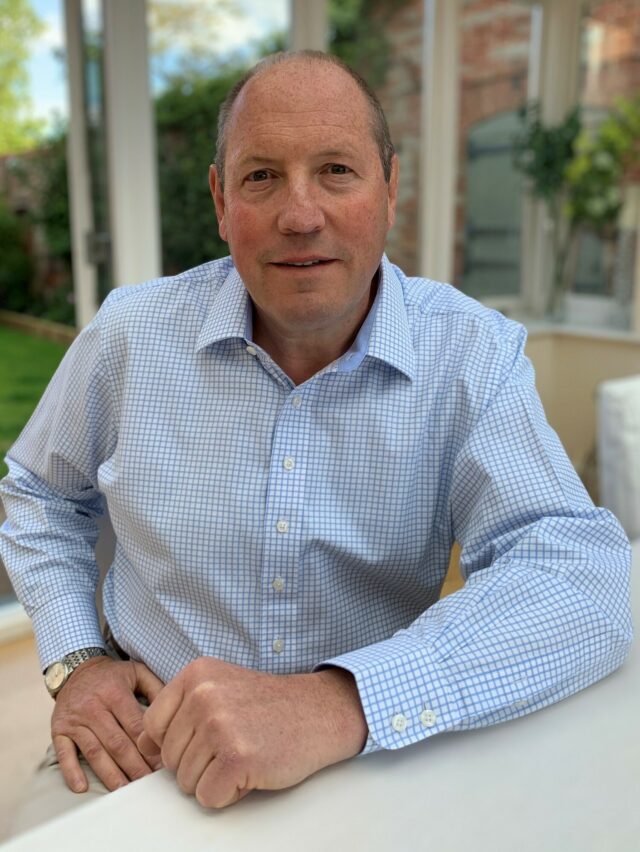 INDUSTRIAL transactions made up the lion’s share of the £298.1m investment in commercial real estate in Nottinghamshire in 2021, according to the latest annual report by leading commercial property agency Innes England.

But availability is an issue, with the area needing to find more land to deliver new stock if it wants to stay ahead of the game, the company’s Market Insite report warns. Overall levels of supply almost halved at year end to 434,000 sq ft.

“Not only that, but approximately 50% of this stock is known to be under offer, bringing into sharp focus the chronic lack of supply across Greater Nottingham,” said Craig Straw, Innes England director.

The figures were revealed in the company’s 15th Market Insite report - presented virtually at a special webinar again this year - which closely monitors trends in the regional property market, focusing on Leicester, Derby and Nottingham.

It showed that commercial real estate investment across the region reached a record-breaking level of £2.29 billion in 2021.

In Nottingham, the report highlighted:

Industrial transactions made up just over half of the total of £298.1m real estate investments last year, said Ben Robinson, head of Innes England’s investment consultancy.

He added: “A significant proportion of this has been large forward funding deals (FFDs), clearly demonstrating the current demand and supply dynamics in this sector.

“Investors are looking to gain exposure to the industrial/logistics growth theme that has been super-charged by the pandemic - and dominated by American private equity firms.”

The report says supply is the key factor in keeping the industrial market moving. Craig explained: “Nottingham had seemed to be ahead of the game, with substantial new stock coming forward last year, but this has either been sold or let and the market therefore faces the same issues as before.

“The competition for sites off the back of strong market dynamics has led to record land sales being achieved, perhaps most notably on Nottingham City Council’s former allotment site at Blenheim, which was acquired by Barwood.”

The take-up of new space has not led to the anticipated release of second-hand accommodation - and more schemes are on the way, such as Chancerygate acquiring a six-acre site in Colwick following the success of Trent Gateway.

Elsewhere, the 28% rise in office investments was well above the five-year average. On the supply side, Nottingham recorded an increase to 742,000 sq ft, a 20% uplift.

The report highlights that the office market is at an interesting stage, with the start of a possible strategic change in the need for offices and how that will affect demand and supply regionally.

Ben’s report to the Market Insite webinar notes deals including Equitix’s purchase of the Pearson building for £21m; Charles Street Buildings’ purchase of Domestic and General’s new HQ next to Nottingham Railway Station for £20.4m and the University of Nottingham’s acquisition of the former HMRC office campus for £36m.

“These deals demonstrate that there remains plenty of life in Nottingham city centre, with office investments continuing to appeal to large occupiers and investors alike,” concluded Ben.

The report highlights the huge drop in retail investment in Nottingham - 78% down on the previous year, with only £14m of transactions recorded.

“Physical shopping on the high street has been particularly hard hit by covid,” said Ben. However, “prime retail units on Bridlesmith Gate and Lower Parliament Street are now trading at heady double digit yields and with the ongoing success of the vaccine roll out, perhaps 2022 could be the time to get back into the retail sector at cyclical high yields.”

The report says the destination retail and retail warehousing sector is in good shape and investors are looking to secure assets. Tenant demand is healthy at Nottingham’s Riverside Retail Park, where the former Toys R Us and Outfit stores have been fully re-let to JD Sports, Food Warehouse, Home Bargains and Poundland.

Innes England managing director Matt Hannah said Nottingham had suffered with the demise of retail property group Intu, with the Broadmarsh shopping centre left half-demolished and the administrators handing the keys back to Nottingham City Council.

But he added: “This is a generational opportunity to develop 20 acres to suit the demands of a modern city. Lots of city centres across the globe would love to have such a significant opportunity to bring forward relevant and exciting new space.

“We have the Broadmarsh vision following on from the city’s Big Conversation and the more detailed delivery of those elements needs to be in sharp focus moving forward.”

Find out more at http://www.innes-england.com or join the conversation at @InnesEngland.