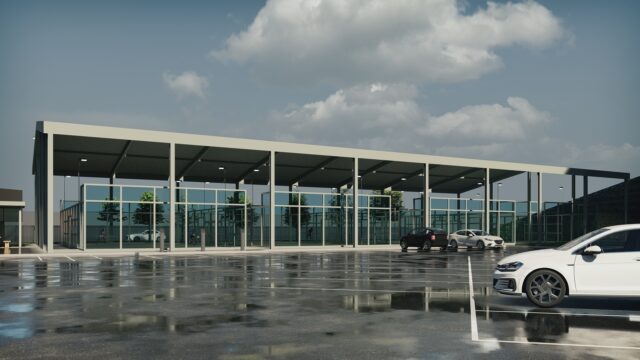 Nick Grace was approached by Notts County FC to advise and assemble a consultant team to deliver a high quality design to the rear of ‘The Kop’ stand on an area of previously developed land that provided ad hoc parking on match days.

By working with local Nottingham architects, CPMG on the design and BSP Consulting on Highway and Flood Risk matters, it was possible to initially produce a feasibility study which was submitted to Nottingham City for formal pre application consultation. Technical studies were accompanied by a Planning Policy justification which resulted in an ‘in principle’ agreement that a new and wider leisure offer at Meadow Lane would be complimentary to the surrounding urban regeneration areas which are expected to deliver a substantial level of new homes over the next 10 plus years.

Following completion of the pre-app process, a robust planning application was submitted to Nottingham City Council.

On the grant of planning permission, the lead project client contact at Notts County FC stated: Great News Indeed ! Many thanks to you personally for your lead and invaluable guidance on this, and to Nick and Mark for their extremely diligent detailed input.

GraceMachin Planning & Property were delighted to work with the Club, who are now universally recognised as the world’s oldest Football League club, formed in 1862.